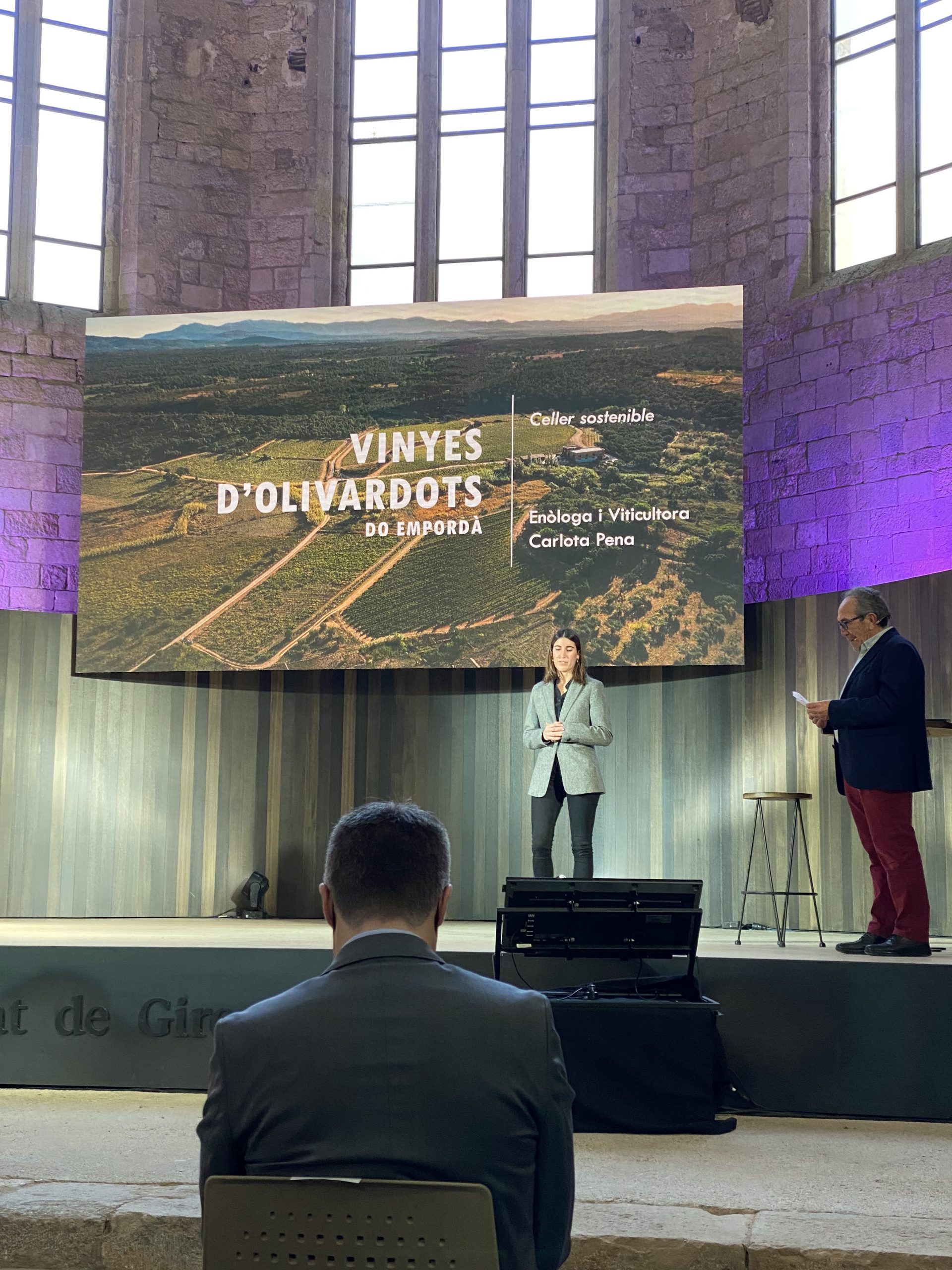 Carlota Pena in the conference of Sustainability and Tourism / Aula Magna, UdG.

Wednesday 23th of February, we assisted at the conference of sustainability and tourism, which was sponsored by Patronat Turisme Costa Brava, and it was celebrated in Aula Magna of Sant Domènech, at the University of Girona. Which is focus on address the sustainability like a transformer motor in the modernization of the destinations, and to put faith in responsible tourism.

At the first part of the conference, there was a very interested debate between the managers of the tourism sector:

“The goal is become a responsible and aware destination, which let the things right to guarantee a future for our country” Jaume Dulsat said, the vice president of Patronat de Turisme de la Costa Brava Girona.

José A. Donaire, of the Facultat de Turisme de la Universitat de Girona said: The B plan is a renewable source of opportunities and now it’s time to renovate the tourism.

Marta Domènech, general director of Turism, ending the first part of the conference reaffirmed that “the tourism sector has an innate capacity to rebuilt herself and we need a national commitment for the responsible tourism which it must serve as a seed for the future tourism law”.

At the second part of the conference, Vinyes d’Olivardots was presented as a good example of a sustainable company, products and projects, as well as others companies in the professional field like: Turisme Garrotxa, Parc Natural de la Zona Volcànica de la Garrotxa, Klassmark, Play and Train, Restaurant les Cols, Càmping la Ballena Alegre, Festival Cànatut i PGA Catalunya Resort.

Carlota Pena presented the personal project of the winery Vinyes D’Olivardots as a sustainable and self-sufficient winery. Since 2019, they put faith to provide all the necessary energy of the winery from solar panels. Nowadays, they achieved to reduce 54% than the annual consumption. At this way, the winery works more than the half with solar energy and the rest is provided of another company which works with the same one. So, today, in our winery we work with a 100% of renewable solar energy, which a 54% is made by itself.

Carme and Carlota thought up a system to recycling the CO2, an inerting system between the tanks. They come up with a valve of reuse and a self-regulation of the CO2 produced during the fermentation. At this way, it helps to keep the tanks which hasn’t got enough CO2 without any alterations, crossing the necessary gas from the ones that had leave of absence. That’s the way they avoid to insert inside the tanks exogenous CO2.

She remarks the ecologic viticulture since their beginning and the following biodynamic agriculture (after a few years). They use the Maria Thun moon calendar, and they work with a team of sheep, a sheepdog, chickens, cats and bats for keeping and recovering the lost relationship with the traditional livestock.

At the end of the conference, Carlota added: “I’m in love with making wine, but with the nature, too, and that’s the reason why we work with phytotherapy to maximize the respect and connect increasingly this ties between the vineyards and the humans”.

Others related articles with the conference of Sustainability and Tourism:

Do you want to know more about us? Book your visit here!