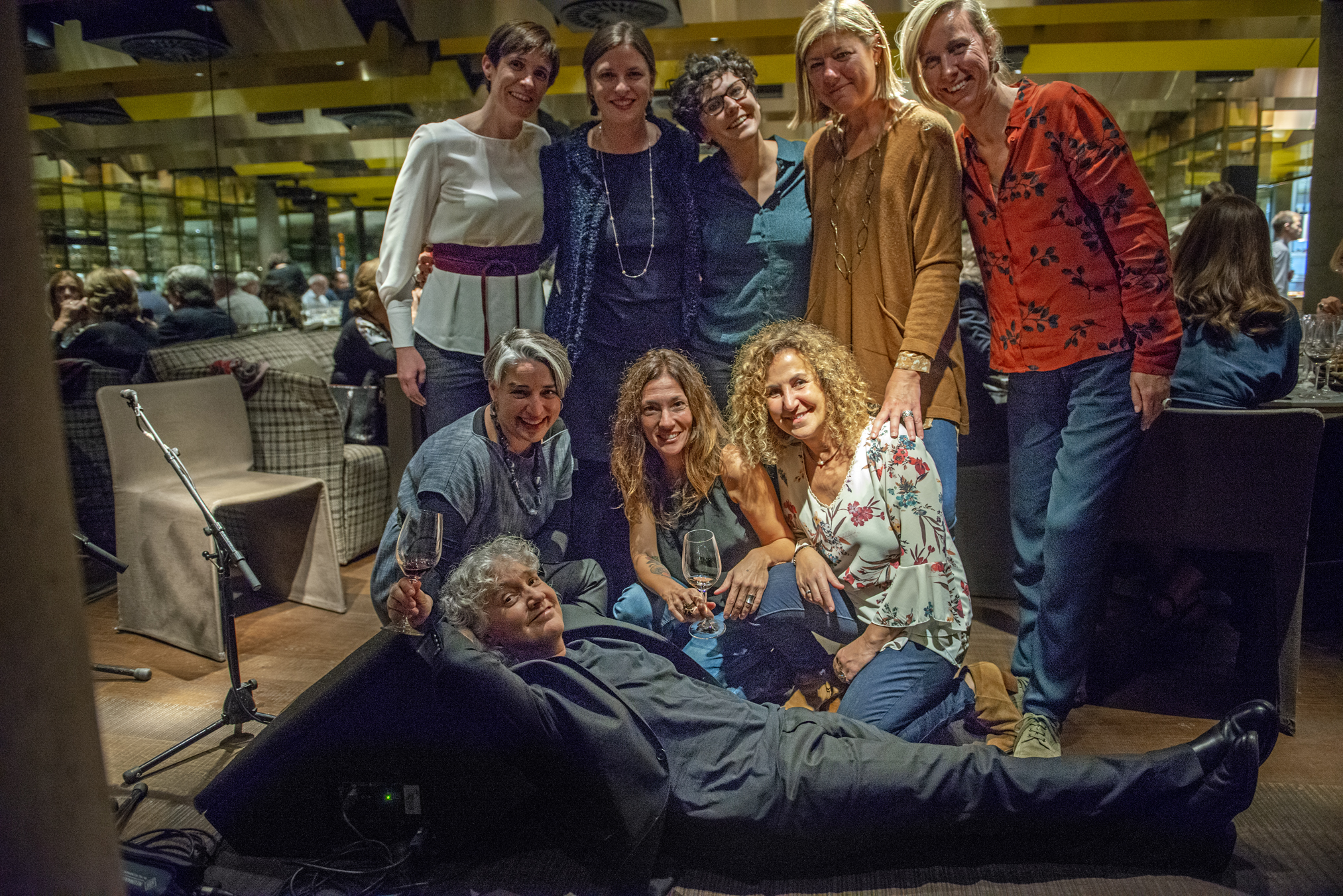 This week, Monvínic passed that mythical 2014 evening and he did it thanks to the words and work of eight women winemakers of Catalonia, as well as to the voice of the Barcelona singer Mayte Martín. Napoleon lost again, this time, he won women through her sensibility, that everything impregnated that night: her words, her wines and music.

Carme Casacuberta of Vinyes d’Olivardots winery, also from Empordà region, spoke about Vd’o 1, a Carignan 2012 vintage. “It was then when I learned that I wanted to express everything I felt, through the wine that came out of its grapes”, and she got it. Mayte followed with another soleá, but “more rustic, more rough”, like Casacuberta’s wine. Trembled Napoleon when listening and trying the feelings of a woman.

Where were all the women that now go out under the stones? Many wonders are being asked. Giving birth, cooking, milking, grazing, writing, taking care, nursing, working without pay, doing accounts to reach the end of the month, singing nursery songs, telling stories, creating wines and lives, trotting trousers and souls. We can remember the past, but not anchor or live there. No matter where they were. They are here We are here And being able to celebrate, listen to us and prove us is comforting to the soul, after so many battles, so much violence and silence. The latest edition of Monvínic Experience is just a small test.