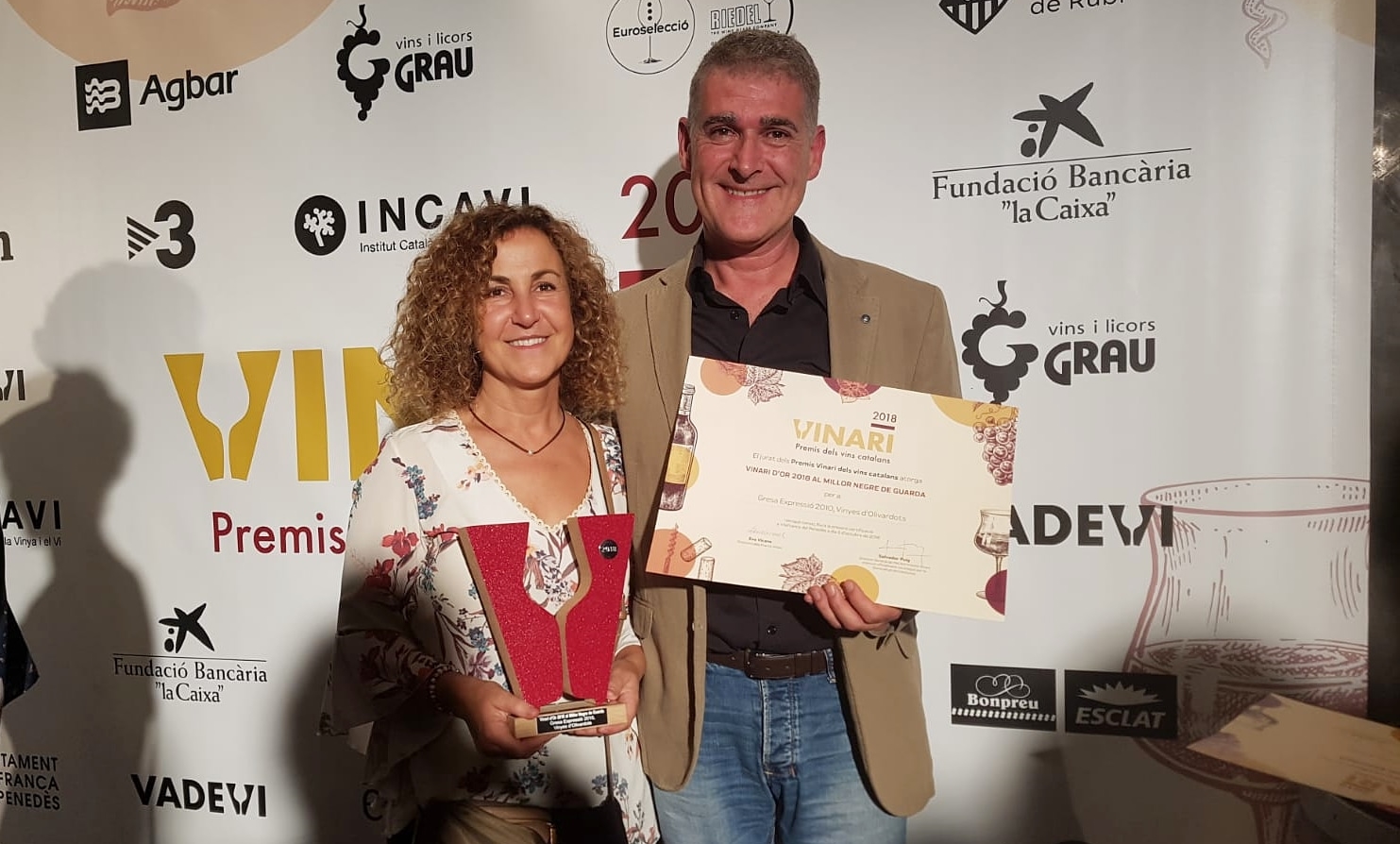 Last Friday 5th October 2018 in the last edition of the Vinari Awards, Vinyes d’Olivardots, a small winery of Empordà region run by mother and daughter, Carme and Carlota, gets the Gold award to the Best Aged Wine of Catalonia 2018 with their Gresa expressio 2010.

A contest with more than 900 references from 250 wineries from the 12 Origin Denominations of Catalonia.

Gresa, as Carme explains: “It was our first creation, the first wine we made in the cellar, and now, after producing it during 10 years, is an illusion that they recognize it as the Best Aged Wine of Catalonia”. For them, a dream come true.

Even so, it is not the first Vinari award they win, 2 years ago, in 2016, they won the Big Gold Vinari award and the Best Wine from all Catalonia with their single vineyard Vd’O 1.10 (Carignan 100% in slate terroir). This 2018, they surprise us again with Gresa 2010.
In the whole history of the Vinari Awards, never a winery had repeated the first position or won two Gold Vinaris before, a record for this Empordà winery.

Gresa Expressio 2010 is a majority blend of Grenache and Samsó (Carignan), the autochthonous varieties of the Empordà region, with 18 month aging in French oak barrels. A wine that shows elegance, identity of its varieties into the landscape region and with a great evolution in bottle after almost 8 years of its elaboration.

In the last years, the DO Empordà is emphasizing the quality of its wines, this time winning 3 Gold Vinaris in the 7 different award categories, an historic result for the Empordà wines.

For more information about Gresa: https://olivardots.com/en/wines/gresa/